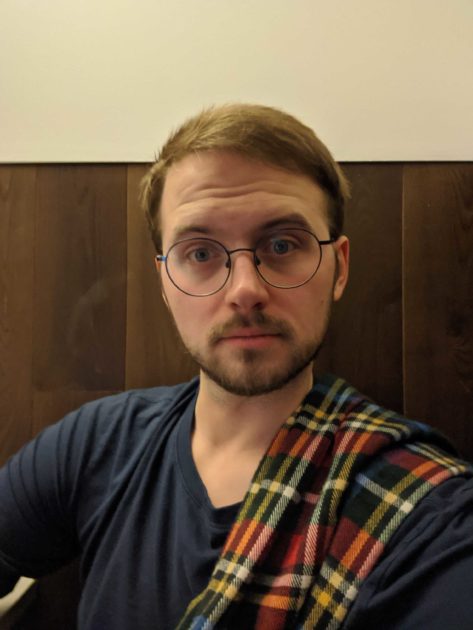 Ryan is our Junior Engineer who attended Georgia Institute of Technology. He is a valuable member of our technology team, and enjoys reading and watching anime in his free time. Here is what he had to say about his journey as a Saylor Academy employee.

Saylor Academy: How long have you been with the team?

Ryan: I started in July of 2018, so this is going to be coming up on the end of my 3rd year with Saylor. But I mean, the pandemic year hardly counts so we can subtract that out.

SA: Where are you originally from, and where did you go to school or receive your qualifications?

R: I was born in Pennsylvania, but I did all of my schooling in Virginia. When I went to college, I moved to Atlanta to attend Georgia Tech for my undergraduate and masters degree.

Originally, I was good at math and science in high school, and my dad said that maybe I should become an engineer; so I looked up interesting engineering disciplines and I thought that space was a cool thing so I went and applied for the Aerospace Engineering Program and got in.

During my final year there, I had done an internship and realized that I did not want to be an aerospace engineer for the rest of my life…and I was like “oh shoot, what am I going to do”, so I decided to take an elective in “digital media” which was part of a graduate program. It was about computational education, like teaching code through music. I really liked it, much better than some of the more advanced classes I had taken, so I decided to apply to that program after I graduated and I attended that for graduate school. I finished in 2017 with a masters in digital media (UX design track).

SA: Can you tell us about your role as well as what you do here at Saylor?

R: My title is junior engineer; I think that is really ambiguous… I would say that I do things like web design, UX design..there’s a lot of hats we wear at Saylor because we’re pretty small, although we are growing a lot now. But, a lot of people do different things.

The first project I worked on was creating design guidelines for consistent design practices across the site; so thinking about typography, the color palette, paragraph indentations, etc. Little design elements like that comprise what a site looks like but sort of go unnoticed by people probably.

Since then i’ve worked on different projects; design documentation, updating the themes, working on the homepage, branding, and I am doing the course catalog right now.

SA: What is a typical day like for Ryan?

R: My productive days include chatting with someone to get their input/perspective for a problem I’m working on, then iterating on that, documenting it, and generally doing some sort of mockup or visualization.

Documentation I think is a really big thing that is sort of boring, but is half of a UX person’s job.

SA: What is it that you enjoy most about your job?

R: The people, I really like everyone here. The other answer I could have given was flexibility; when I was interviewing here, I asked the person, “What’s the best part of this job” and they said flexibility. So I think that’s also an answer you will get from a bunch of people because I think a lot of people care about each other here, like on a personal level; not just for how they can be used to further the interest of the company or their career. I feel like Saylor kind of provides a model for my own life, for looking at what it means in a place to be more to your co-workers than just colleagues. Those personal relationships I think are the best part.

SA: What are your hopes for the future of Saylor Academy?

R: I believe in reaching out to more people, and I want them to utilize education and hopefully the best we can do is enable people to live lives of dignity and enable their human flourishing. And, to have jobs of dignity that don’t rely on exploitation.

SA: Tell us a fun or random fact about yourself that you might want to share with us!

R: I can put my leg behind my head!

I listen to music with lyrics while reading.

SA: When you are not working, what do you like to do in your free time?

R: I like to read outside, write…right now I’m writing a book on democratic representation; I have 10,000 words as of now. So, I don’t know if it’s going to become a book or what but that’s what I’m working on. I’m also an anime nerd and play video games.